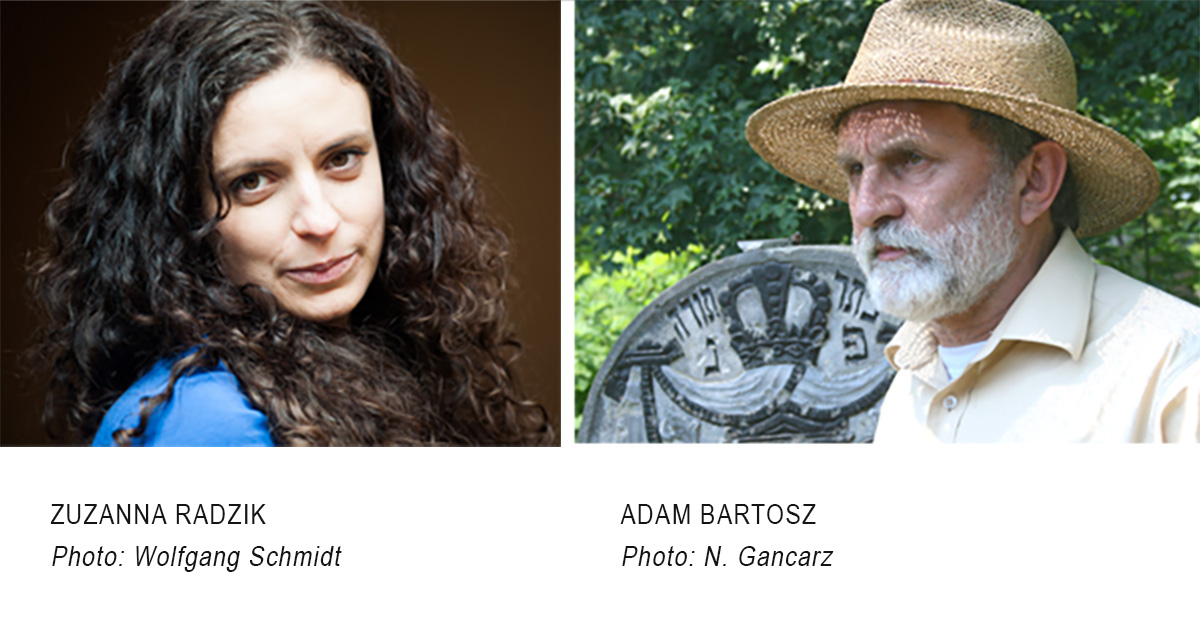 SAN FRANCISCO — Taube Philanthropies has named a Catholic intellectual and an ethnographer as the recipients of the 2019 Irena Sendler Memorial Awards: Zuzanna Radzik is a public intellectual and activist being honored for her research, writing, teaching, and advocacy on issues such as Catholic-Jewish relations and Catholicism and feminism. For the last 15 years she has been a member of the executive board of the Forum for Dialogue, the largest and oldest Polish non-governmental organization fostering Polish-Jewish relations. Adam Bartosz is an ethnographer and museologist who founded, 30 years ago, the Committee for Preservation of Jewish Heritage in Tarnów. From 1980-2012, he was the director of the District Museum in Tarnów and organized, in 1982, the first postwar war exhibition dedicated to Jews outside of the Jewish Historical Institute. In 2011 he received the Officer’s Cross of the Order of Polonia Restituta for actions to protect, preserve, and develop the cultural identity of national and ethnic minorities, particularly Jews and Roma.

The Irena Sendler Memorial Award, named for the Polish social worker who saved hundreds of Jewish children from the Warsaw ghetto during the Nazi occupation, will be presented to Ms. Radzik and Mr. Bartosz at a ceremony in Kraków at 7 p.m. on June 26, 2019in the Tempel Synagogue, just prior to a concert of the 29th annual Jewish Culture Festival.

“Whether deepening Catholic-Jewish relations or preserving Jewish material heritage in Tarnów, our 2019 awardees connect people of all ages and backgrounds to Poland's Jewish heritage as an integral part of Polish history and cultural identity.” said Tad Taube, Chairman of Taube Philanthropies and Honorary Consul for the Republic of Poland in San Francisco.

For more than 30 years, Taube Philanthropies has been a leader in supporting diverse educational, research, cultural, community, and youth organizations in the San Francisco Bay Area, Poland, and Israel. Founded by businessman and philanthropist Tad Taube in 1981, and now led by Tad and his wife, Dianne Taube, the organization works to ensure that citizens have the freedom and opportunity for advancement of their goals and dreams.

The Irena Sendler Memorial Award was created in 2008 by Taube Philanthropies in memory of courageous partisan Irena Sendlerowa whom Yad Vashem named a “Righteous Among The Nations.” Each year, in commemoration of the May 12 anniversary of Sendler’s passing, the award is presented to Polish citizens who have been exemplary in preserving and revitalizing​ their country’s Jewish heritage. Nominations are reviewed by a panel of Taube Philanthropies advisory board members and Jewish community leaders in Poland.

For more information about the award program, please email: info@taubephilanthropies.org.