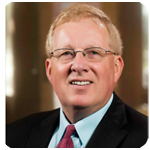 WARSAW, POLAND – On June 11, 2018, San Francisco-based Taube Philanthropies founder Tad Taube and Polish Culture Minister Piotr Tadeusz Gliński will present the 2018 Irena Sendler Memorial Award to Norman Conard, a renowned educator from Kansas who, together with his high school students, brought the untold story of Irena Sendler to public view, illuminating her historical importance and enabling the world to celebrate her anti-Nazi activism in her own lifetime and in perpetuity. Conard is the first American to receive the award.

The Irena Sendler Memorial Award was created in 2008 by Taube Philanthropies in memory of Irena Sendler whom Yad Vashem named a “Righteous Among The Nations.” Each year, in commemoration of the May 12 anniversary of Sendler’s passing, the award is presented to Polish citizens who have been exemplary in preserving and revitalizing​ their country’s Jewish heritage. Nominations for the annual award are reviewed by a panel of Taube Philanthropies advisory board members and Jewish cultural leaders in Poland. For more information about Sendler, the award, and previous recipients, visit:  http://nagrodairenysendlerowe j.pl/