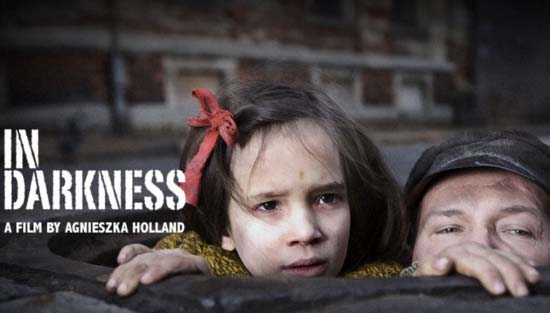 San Francisco, CA ‐‐ Today, January 27, is International Holocaust Remembrance Day, commemorating the liberation of Auschwitz‐Birkenau by the Soviets 67 years ago. It is timely that in this period of Holocaust memorialization, audiences worldwide can experience a film that honestly depicts a little known story from that history. In Darkness, by acclaimed Hollywood director Agnieszka Holland, has received global accolades, including an Oscar nomination for Best Foreign Film.

In Darkness is based on the true story by Robert Marshall, In the Sewers of Lwów (Lvov). In Darkness takes place in Lvov in German‐occupied Poland during World War II, where a Polish thief hides a group of Jewish refugees, ultimately saving their lives while risking his own. The film is an extraordinary story of survival as these men, women and children all try to outwit certain death during 14 months of intense danger. Polish‐Jewish‐born Agnieszka Holland says her film “shows how fine the line is between the best and worst of human nature.”

Hon. Tad Taube, Honorary Consul for the Republic of Poland in the San Francisco Bay Area and Chairman of Taube Philanthropies, says of the film, “A compelling drama, In Darkness raises questions of morality that permeate the Holocaust

experience. It honors the memory of the righteous who risked themselves for the salvation of others. And it portrays the plight of Jewish victims of Nazi oppression with humanity and realism. I hope the film continues to garner the praise and audience it deserves.” 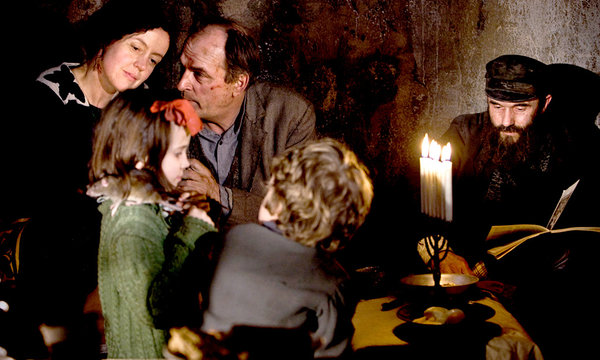 For more information on the film, please visit: indarknessfilm.com