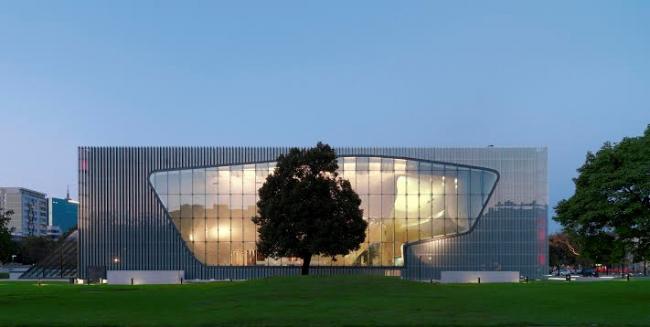 SAN FRANCISCO – The POLIN Museum of the History of Polish Jews, a signature philanthropic endeavor of San Francisco-based Taube Philanthropies, has won the 39th Annual European Museum of the Year Award. The significant honor was presented by the European Museum Forum at its 2016 Award Ceremony held in San Sebastian, Spain, on April 9. The POLIN Museum placed first from among 49 museums representing 24 countries and a diverse range of themes, including the arts, sciences and history. 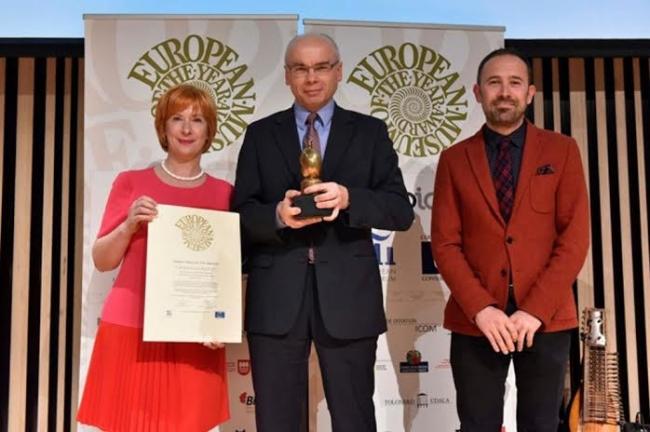 The POLIN Museum is located in the heart of what was once the throbbing, pre-war Jewish hub of Muranow. During the Nazi occupation of Poland, the Germans turned the district into the Warsaw Ghetto, incarcerating hundreds of thousands of Jews, who were then deported to the Nazi death camp Treblinka in 1943.

The POLIN Museum, a stunning testament to a thousand-year history of Polish Jews and their contributions to global Jewish culture and Western civilization, is the centerpiece of the Taube Philanthropies’ programmatic investments in revitalizing Jewish culture in Poland. Since the POLIN Museum’s grand opening in October 2014, led by the presidents of Poland and Israel, it has attracted one million visitors.

The award is especially meaningful to Taube Philanthropies founder Tad Taube. Born in Krakow in 1931, Taube was fortunate to escape Poland on the eve of the Holocaust as a boy – though he lost many relatives to the Nazi genocide.  Taube and his parents settled in Los Angeles; he attended Stanford, served in the U.S. Air Force, and built a successful real estate business. Taube also helped Joseph and Stephanie Koret turn around their then-struggling company, Koret of California, and with Joe Koret co-founded the Koret Foundation after Stephanie’s death in 1978.

For more than fifteen years, Taube has dedicated his time and resources to tell the story about Polish Jews, a culture that thrived for more than a thousand years before the Holocaust and is undergoing a remarkable cultural resurgence since the fall of Communism in 1989.

“There is a renaissance of Jewish life going on in Poland that is of major importance to Jewish people in Europe, in Israel, and in America,” said Taube.  “A community of caring people has worked hard to rebuild Jewish organizations, restore synagogues and cemeteries, revive cultural innovation, and further educational opportunities. The POLIN Museum serves as the beacon of this Polish Jewish renaissance. This award is especially meaningful.”

ABOUT TAUBE PHILANTHROPIES:
Taube Philanthropies was established in 1981 by its founder and chairman, Tad Taube. Based in the San Francisco Bay Area and with an office in Warsaw, the Foundation makes philanthropic investments primarily in the Bay Area and Poland, in scholarship, heritage preservation, arts and culture, education, and institution-building. Taube Philanthropies is committed to collaborative giving for greatest charitable impact and actively partners with individual donors and other foundations. For additional information, please visit:

ABOUT THE POLIN MUSEUM AND THE AWARD:
http://www.polin.pl/pl/aktualnosci/2015/12/22/polin-europejskim-muzeum-roku-2016