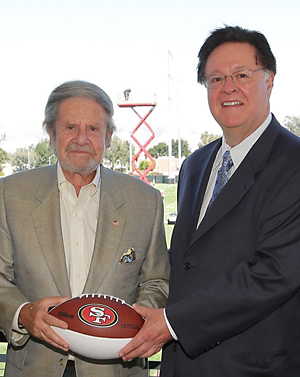 As the 49ers secured the title of NFC Champions, their efforts this season have raised $500,000to support Bay Area youth organizations through Touchdowns for Kids. With fundraising efforts led by Tad Taube, Chairman of Taube Family Foundation and President of the Koret Foundation, Touchdowns for Kids is a collaboration between Taube, Koret, and the 49ers Foundation that directs funding to six local youth organizations.

"To announce a combined $500,000 in contributions to be split among six terrific organizations helping kids throughout the Bay Area is a source of enormous pride for everyone involved in the program," said Taube.

"The San Francisco 49ers have served not only as an important institution in representing excellence in sports; the 49ers have also provided positive role models and financial support for at-risk youth throughout the Bay Area."
Tad Taube 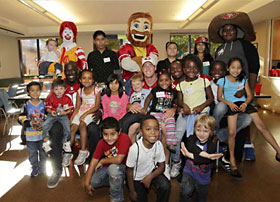 Join us in celebrating the philanthropic impact of the 49ers' on-field success in 2013! To add your support, please visit this page.