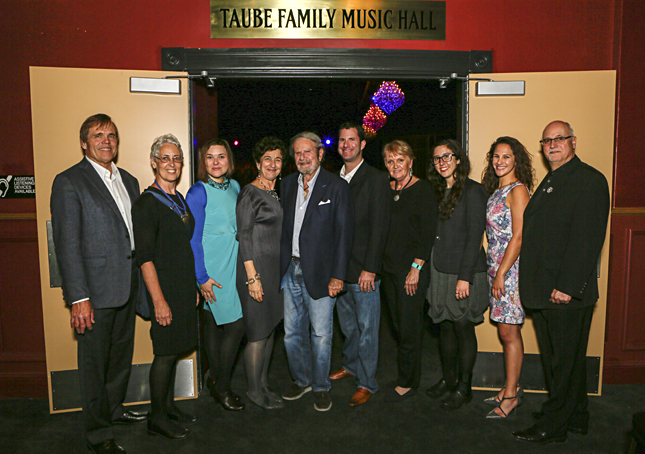 On September 22, the Taube Family Music Hall was named in honor of Bay Area philanthropist Tad Taube at a formal event and unveiling at The UC Theatre in Berkeley. Shana Penn, executive director of Taube Philanthropies, was also recognized with the naming of the Shana Penn Lobby. Youth jazz band Oakland Future Trio performed and plaques were unveiled as part of the celebration at the newly renovated and reopened Bay Area landmark music venue. 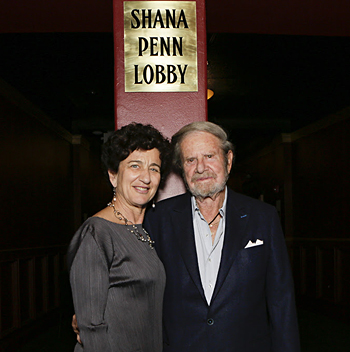 A matching grant of $1.3 million from Tad Taube, chairman of Bay Area-based Taube Philanthropies, was a critical component in the last phase of the $7.2 million capital campaign to complete the renovation of The UC Theatre. As David Mayeri said at the unveiling, "Using a baseball analogy, we had made it to the playoffs, and it took a community of people to get us there, but with the game on the line, Tad Taube stepped up to plate, and with the bases loaded, hit a Grand Slam to completely change the outcome of the game and the playoffs."

In his remarks, Tad Taube thanked his Executive Director, Shana Penn, noting that donors and foundations rarely recognize their senior staff with namings even though it "should be a precedent," he said, because "they are doing all the work and are deserving of the acknowledgement."

Shana Penn said of the honor, "This naming is testament to my 13-year work relationship with Tad Taube, to his value and respect for my involvement in his mission to make big, historic, life-changing things happen for lots of people and in collaboration with lots of people – and to have a great time doing so. This naming is testament to Tad’s conviction that little is meaningful if you go it alone; nothing compares to being in partnership."

The UC Theatre Taube Family Music Hall and its Shana Penn Lobby comprise an elegant multi-tiered, all-ages, 1,400-capacity, live music venue with a state-of-the-art Meyer Leopard sound system and a full-service bar and kitchen. Reminiscent of The Fillmore in San Francisco and The Fox Theatre in Oakland, the new venue will present a diverse range of local, national and international artists and bands featuring the best in live entertainment including: indie, alternative, jazz, R&B, electronica, hip-hop, EDM, world, pop, comedy and much more.